World League Soccer is a popular game for Android and iOS devices. It’s a creation of the prevalent “Mobirix” company which are also responsible for titles like:

On iOS, it’s called “World Football King,” and it requires iOS 8.0 or a later version to play the game. While if you own an Android device, it has to be 4.0 version or higher. You can also play the game on a tablet device if you wish. On both platforms, the star rating of the game is over four stars, which is very good. 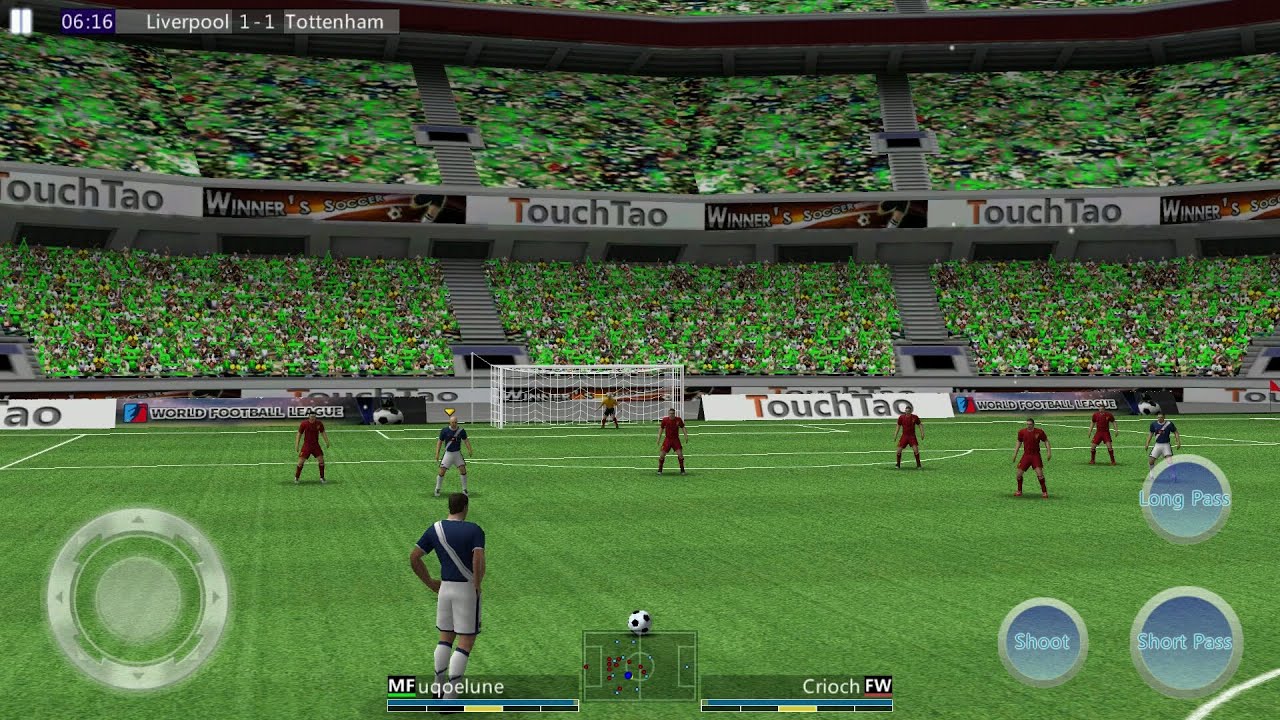 The app is 100% free to download, but it contains some in-app purchases. For example, you can buy National Leagues or National Teams. The prices aren’t that high compared to other apps; they only ask for a few dollars.

The game supports fifteen languages like French, Italian, Russian, Thai, and Portuguese. To see a full list of languages that are supported, you can check on the info pages of the games in the App Store or Google Play. World Soccer League has over a billion installs, and it’s rated at seven on the PEGI system.

The game has some unique features players enjoy. They have sixty clubs and sixty national teams to choose from. The player pool is around two thousand, and they provide four modes you can play on:

You can save moments of your game with images or videos so you can enjoy them later. Also, a popular feature is the Achievements and Global Activity tabs, which provide a fun way to compete with other players.

“I enjoyed the graphics and gameplay very much. One thing I think you need to update is the players’ names because they sound unrealistic, and some of them are very old. You should use the present generation of players, so it’s easier and more fun to play. Also, if you could improve the facial features and goalkeepers to have gloves on, then the game would be the best.”

“I liked the game very much because there were many cities available not only in Asia but in other continents as well. Also, they provide you with all the information you should know; if you win or lose, they tell you why and how that happened. I love and enjoy the game so much!”

“The game graphics were perfect. If I could give the game more than five stars, I would. Please add more teams like Zambia, Tanzania, and others like that.”

“It’s an excellent game, and the graphics are amazing, but not everyone who plays this game has a bank account. You guys should understand that. The teams that are available for free aren’t that special or good, and if we want to play our favorite team, we have to pay. Maybe you can try to build stadiums or add more famous players and teams we can get for free, not only if we pay for them.”