Head Ball 2 is the sequel to one of the best online football games ever – Online Head Ball. It was developed and published by Masomo, who were later acquired by a leading company in the online games industry – Miniclip. The mobile game is free to download but to get some unique features, and you can buy one of their in-app purchasable bundles. The prices of the packages start from one dollar. 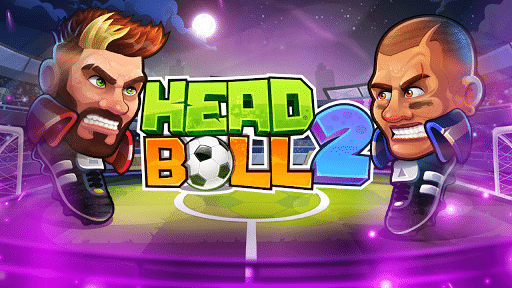 Head Ball 2 was also chosen as the most competitive game of 2018. It’s an adventurous Soccer game where you play against other people in 1v1 matches. You can meet opponents on the field from all around the world. In the events, you play for ninety seconds against the other person, and whoever scores the most goals – wins the match. You can use your head, feet, and superpowers to kick the ball and score a goal. You can even hit your opponent or junk them (yes, it’s permitted). You can also hear the voice of the legendary commentator John Motson as you play experience a thrilling moment.

Some of the unique features you can use are:

As you progress in the game, you can win character cards, accessories, cards, etc. With those cards, you can upgrade your character or buy new ones.

There are five different leagues you can compete in. To climb up the ladder, you need to win against real-world players in your league. You can create your team or join an existing one and compete against other teams to see which one is superior. You can also link your Facebook account and challenge your friends in 1v1 matches.

“I enjoyed the game; it was fun and addictive at the beginning, but and once you rise the ranks, the gameplay becomes more pay-to-win than anything. I was constantly matched to players who spend a lot of money on their characters, and while we were at the same level, they had more bonuses. At one point, you have to decide if you want to pay for bonuses as well or uninstall.”

“Playing was fun, and I liked the game controls and graphics. Their features were epic, and I liked collecting the different packs of cards. Climbing up in the leagues’ ladder is hard and slow if you don’t want to pay for extra bonuses, but it’s fun none the less. The game never crashed, at least on my device. The best feature was that I could duel my friends on Facebook and play with them on the same team. Although the game didn’t deserve five stars because of the ads, it was excellent.”